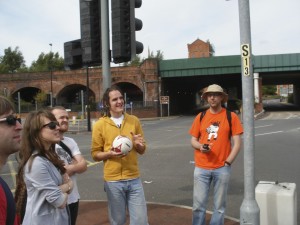 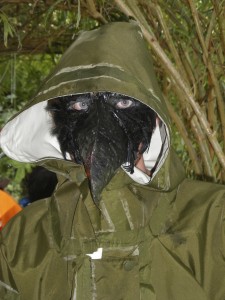 Trickster animals bring art and music to humanity, appearing in dreams and visions to guide us on fantastical journeys. The Changelings draw on such cross-cultural, animal-based mythologies, to call forth mythical beasts that could find a home in the parks and undergrowth of the city. In the way that shamans take on animal attributes, each Changeling represents a different kind of behaviour. These characters can appear for various purposes – sometimes acting as guides or guardians, sometimes testing our commitment to our aims. 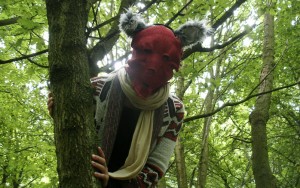 During one-day workshops with school pupils, we invented and developed stories about the museum archives collection at the Museums Collections Centre. These mythologies were then re-performed to camera, by existing Other Place participants

The Storytellers layered different accounts of a situation or location so that it was no longer obvious what is true. Students toured the archive searching for The Other Place and looking at things differently to how they might have on a usual tour. The aim was to form alternate fictions about some of the objects they came across.