While at Reactor’s Function VI, The Receivers set up a temple to spread the knowledge of the Eternal Drone. We played music and shared sacraments with visitors of the temple. 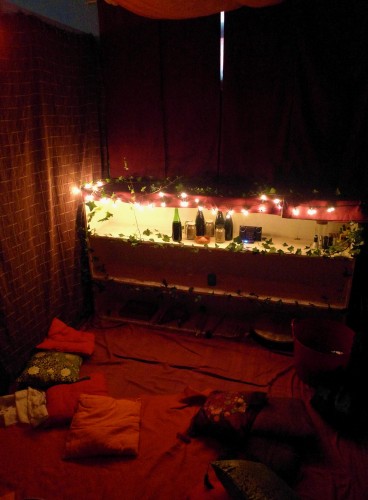 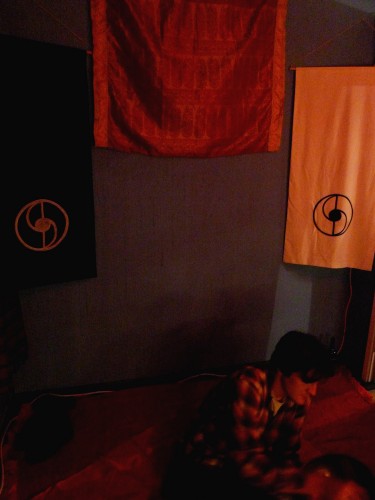 While we were in the temple we had some time to reflect on our experiences of the Eternal Drone. While we listened to the drone, Ana uses a technique of divination on Alex said to have been used by Nostradamus, waving a hand in front of ones eyes while staring at an object, sometimes known as Scrying. Here Alex explains what he saw:

People also bought root vegetables to the event and left them with us, we placed them on our altar so we could power them up with music that channeled the Eternal Drone. 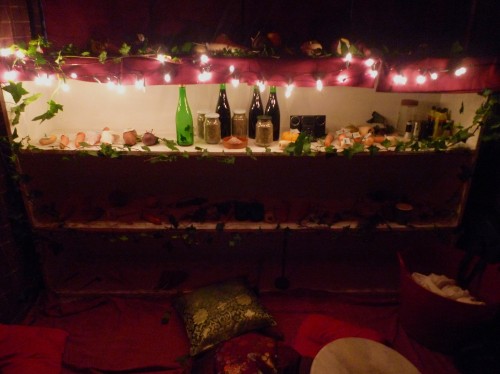