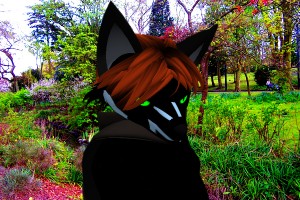 Raising and Releasing the Power: 8. Drum and make noise
Centering Communion/Meditation: 9. After the exhalation of releasing sit quietly and relax
Ending the Ritual: 10. Return the circle to the mundane world by walking in a counter clockwise direction

Sites explored by AAS were in Walsall and in Second Life as part of the Michael Takeo Magruder Changing Room v.2 project
http://slurl.com/secondlife/Transitional%20Space/140/133/51