‘Pump the right frequencies into the streets and the youth will act like vultures, pure lizard brain greed. 50 cycles per second, two scans per cycle, prime the pumps.’
– Journal entry six months ago

Quatermass failed to register his research with the authorities. The machine is just beyond current knowledge, equations flash into his mind, without him having to understand them. His thoughts are forbidden, but he has them nonetheless. The Ministry demands his presence.

‘Silence. Even a vacuum may contain vibrations. Space itself is the dark matter we seek. All of time is compressed into a single vibrating filament, a new form religion emerging from alphawaves.’
– Journal entry three months ago

Outside, the air is punctured by sirens as the ‘Receivers’ amass in public spaces to celebrate the eternal drone. The British Sonic Research Unit is investigating – they suspect the drone is assimilable to thought. Quatermass has disappeared. No one knows what has become of him.

‘True violence is not cinematic, nor spectacular. The true function of government is to make you believe you enjoy their disruptive signals: Maximum force at minimum expense. Questions containing “why” are increasingly less permissible. In the north, it is snowing.’
– Journal entry last month

The Cult of Quatermass was a sculptural installation of a laboratory control room containing video works, an audio work and machines for producing sounds that could be mixed, live, by the audience. Individual panels in the control room were based on control panels from science fiction movies, such as Solaris, Star Wars, and Dark Star.

The narrative that ran through the audio and video works revolved around the characters of Professor Quatermass, of the British Sonic Research Unit, a drone band called Samekhmem, a cult of people called ‘Receivers’ and the ‘sacred eternal drone’ that was the obsession of Samekhmem, Receivers and Quatermass alike. 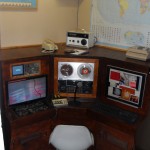 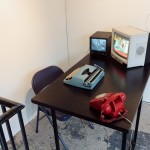 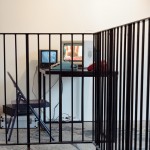 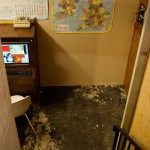 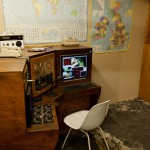 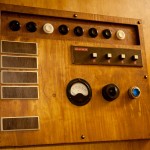 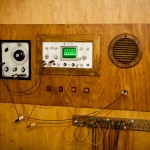 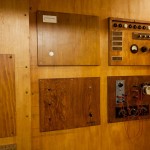 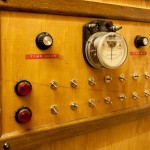 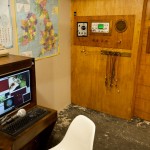 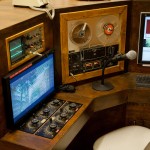 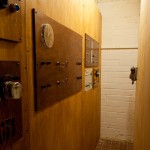 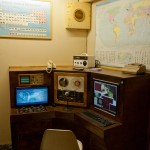 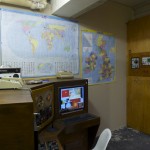 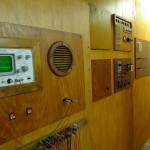 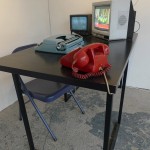 At 2100, during the opening of the show, AAS moved to positions within the audience, with a step ladder, and began an 18 minute audio performance using parts of the installation as sound sources. Some of the equipment was played to destruction and there was a distinctive smell of burning components in the air. 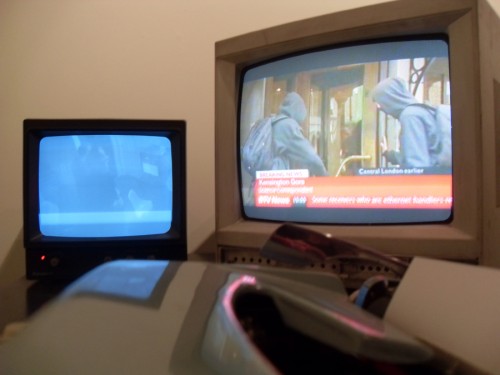 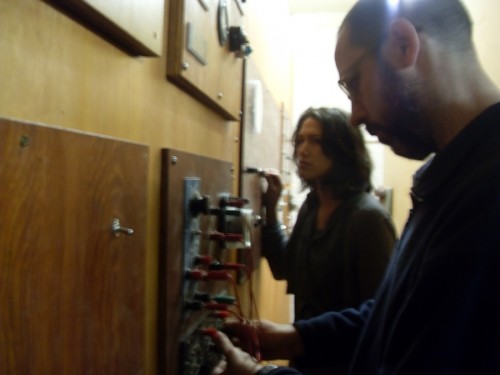 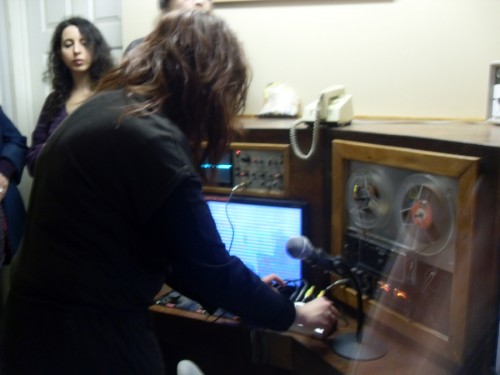 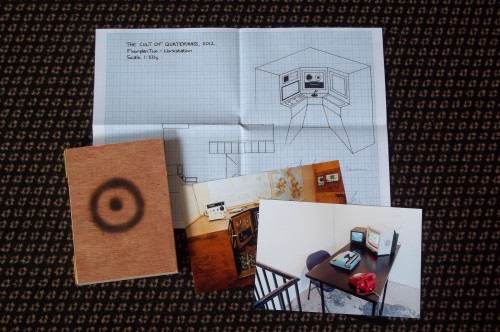 Other rewards included selected control panels from the installation. Thanks to all those who funded us.