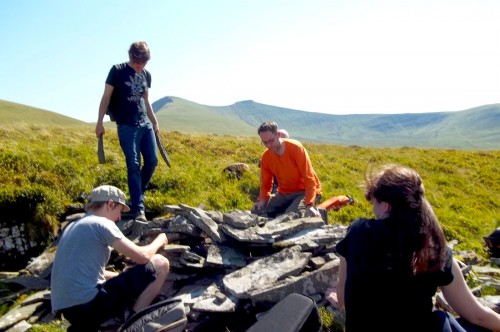 Deciding when and where you are going to do a project makes it more likely to happen, and to better well while it’s happening. If you decide the location is going to be on top of a mountain, there is a certain expectation – or duty – to do it rather well.

When I learnt the location of the Sunday Music Jam with AAS, I decided not to bring my tuba, but perhaps instead a light African drum, that I could attach a strap to. There is a time and a place.

The journey took us through Hereford to pick up Rachel Darke from near The Treacle Mine. The London AAS contingent sent us reports of wildlife they had hit on route; Fox and Raven were the power animals of the day, whether living or dead.

The destination was out of sight for the whole two hour journey: the mysterious lake Llyn Cwm LLwch. Sometimes you need to have faith in your leader, I reflected as we passed numerous sheep and a sweet woolly lamb. On arrival, the invitation was to jump in the lake.

Mid journey, we paused wordlessly at a small quarry to create percussion instruments. I build a “lithophone” complete with hammers from the curious slender slabs of grey stone. It was surprisingly tuneful.

The mountainside was networked with streams and marshes; today, following the sheep tracks seemed the wise thing to do. We could often hear the water if not see it. I could feel the water in my shoes, and did not drink of it.

The lake became visible only when we were upon it. We swam and drank. We played long improvised pieces with drone, drum and grasses. Sheep added the necessary ambiance. Occasional audiences appeared in tiny silhouette above. When we left the sun dropped behind the mountainside, creating an instant dusk.
—
Ben
— 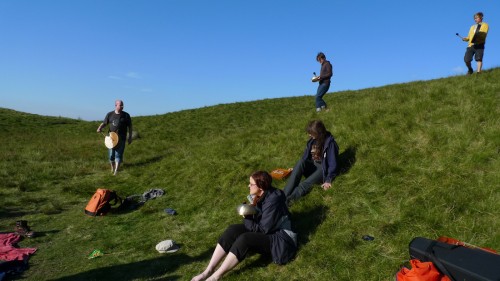 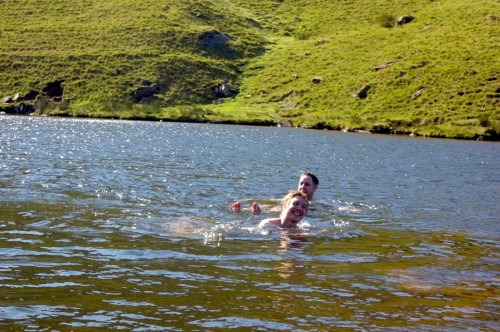 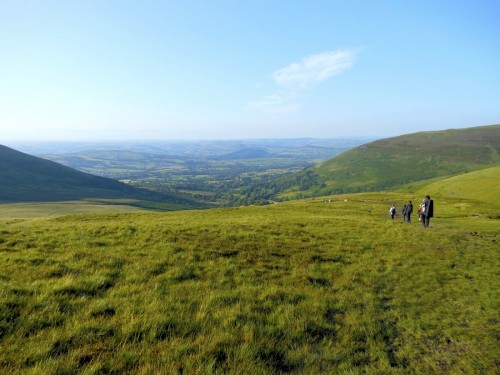