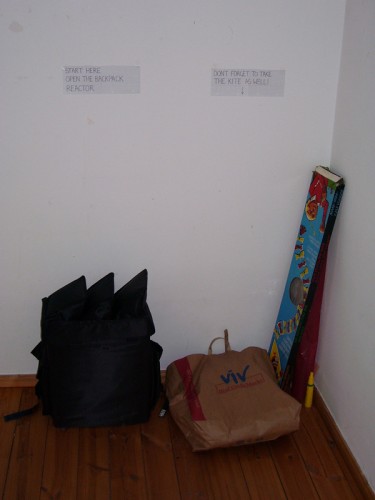 After our somewhat traumatic relocation to New York, Team Nagual needed to reorientate ourselves. We had found The Brotherhood’s instructions and map the day before inside The Tribe’s “bag pack factory” and we had “carbed up” for the reorientation session. 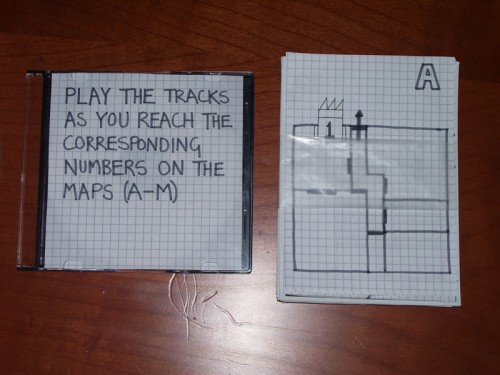 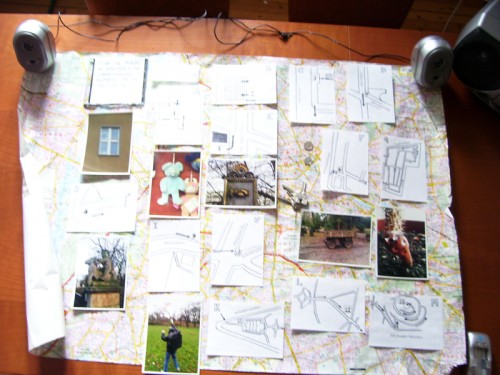 We all had experience of previously overcoming City Shock, so we set off with the newly assembled “sound pack factory” and followed instructions left by The Brotherhood. They sent us to the Lost Room at the top of the apartment block.

Having witnessed the folded hinterspace behind for ourselves, we went outside to see the twinning which always results from such edge zone phenomena. 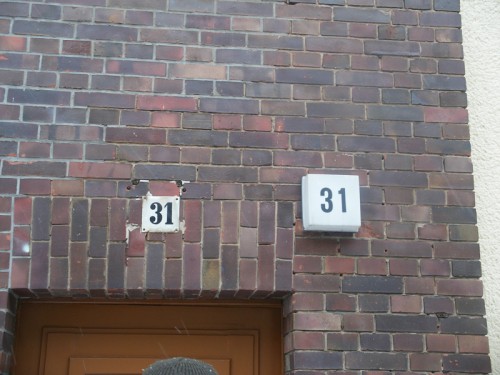 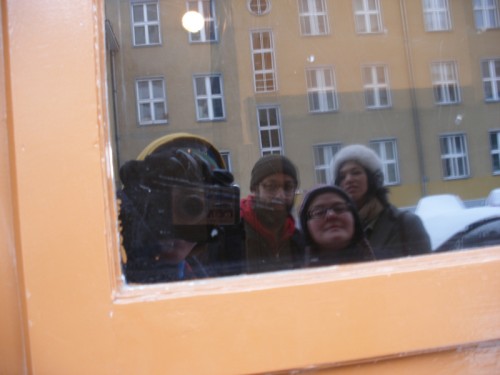 NOTE: There was actually evidence of some unexpected tripling, which we did not notice until reviewing our documentation later. Experts are working to uncover what this means for the group.

The Brotherhood directed us to a prototype perpetual motion machine, from which we took measurements for later analysis. There is something to do with the frequency that makes us happy, but  a little bit stupid.

In an attempt to ward off the deleterious effects of the vibration, we produce snow avatars and transfer the frequency to them. Two are partially destroyed. 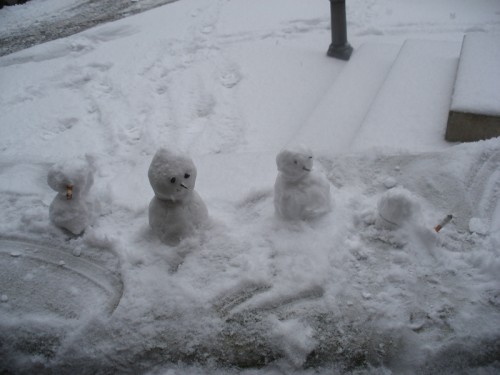 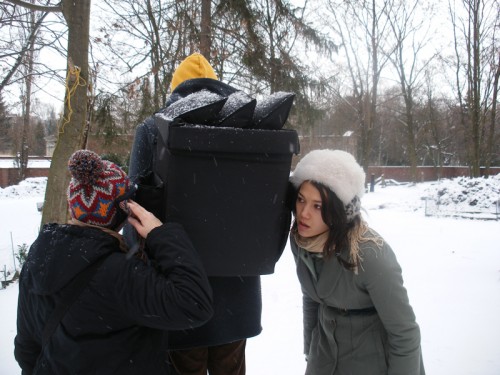 In the cemetery, we check for further instructions, and are told to lay the dead rose from the sound pack on Anna’s grave. It had lost its head in transit, and this along with the conjunction of the key and stone flowers suggested that the action could open up our minds. 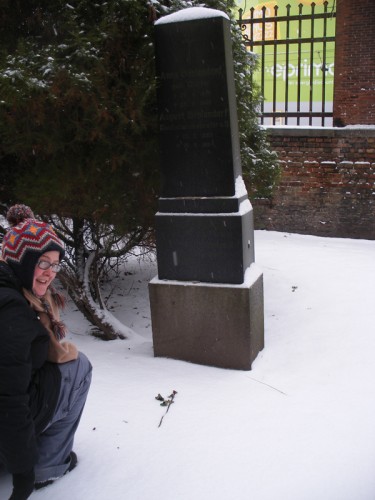 Ana went on one knee to lay the tribute as it was felt she might have the strongest connection with the grave, and she did report a slight buzzing in her head, but the rest of us experienced no noticeable effects, so perhaps it was instead a sign or message for The Tribe. We tried beaming a message to them to see if we could make contact. 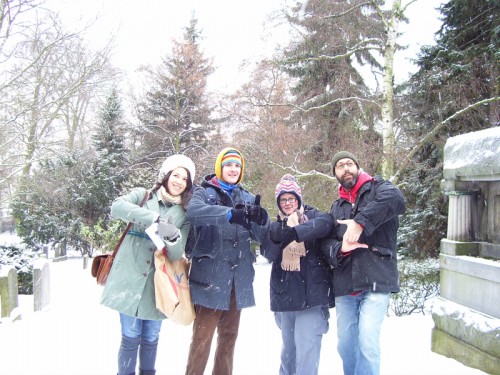 It became clear as we progressed that there was quite a time disjunction between the images and our surroundings, but in which direction? 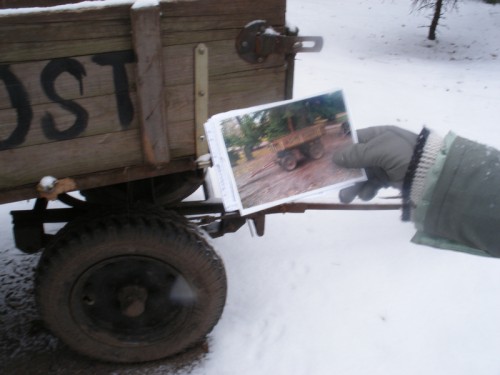 We came across rabbit tracks and attempted to become-rabbit in order to access their local knowledge. 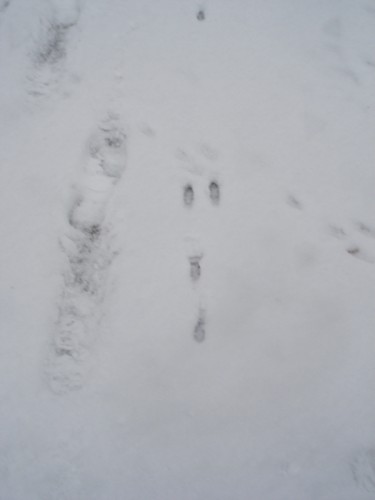 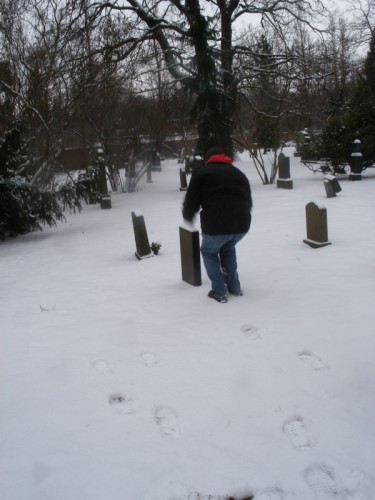 The rabbits led us to two portals: one vertical, and one horizontal. The one in the wall had been blocked by HALTERS but someone (The Brotherhood or The Tribe?) had drawn it back in, but the one in the road was too dangerous to use and was rippling with unused potential. 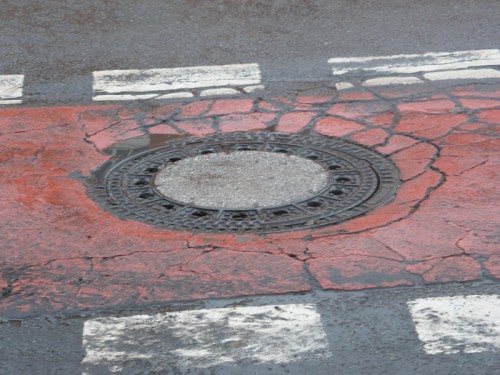 We were instructed to “look into the eyes of the blue rat”, it took us a while to find it as we were distracted by memories and premonitions of other versions, and when we did find it we seemed to lose some time, left only with a memory of laughing and a car-crash. 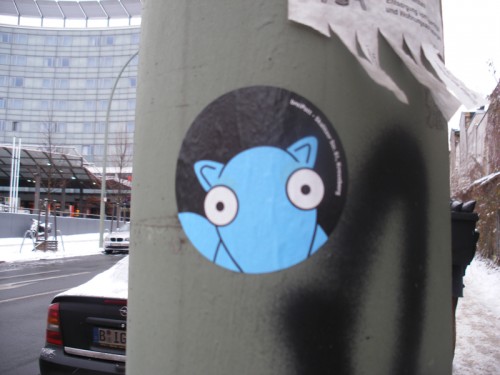 We followed the trail of blue rats, and found ourselves at the viewing place for the green bucket.

More beaming eyes led us to the cafe, where we recognised a messenger from the photos with the maps. It welcomed us, calling us by the names of The Brotherhood and their companion, and explained that the old ways had to die so that the new could be born. 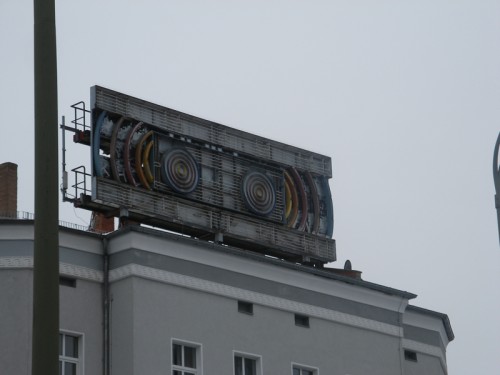 In the park, we found that the HALTERS had boxed up the most threatening statues, although they had left some which would encourage repression of MEAT. We found one of the trapped avatars, who seemed to be coping ok with the three gnomes crawling over her, she told us to make a snow rock and hide it among the other rocks, to melt away the HALTS on the Flying Fox. 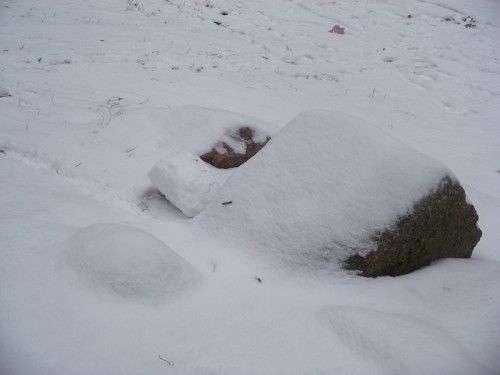 We tried to fly The Brotherhood’s kite, but mostly ended up tying each other in knots and to avoid slicing up running dogs, Alex found a wand and began to draw a hill up out of the park.

We climbed to the top of Alex’s hill in a spiral and at the top searched for The Brotherhood’s eyes at the base of the singing tree. There were none. We had successfully achieved a state of No-Eye, and returned home to work out how we could build on our results for the next stage of the progam.

We followed the implied suggestion to go to the Arabeske for food, but we had obviously turned up in the wrong time stream because The Brotherhood had not yet left Track 05 for the staff to play while we ate. The food was good though, and we enjoyed the flickers of Ye Olde Trip to Jerusalem that overlaid with the decor from time to time. 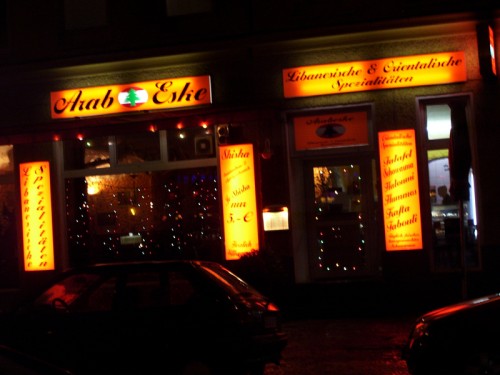